Shootout at the Tire Factory 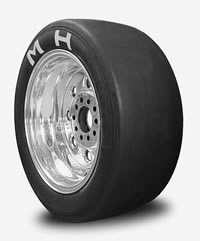 “You having affair!  That’s why you out all night long.  Jesus Christ!  Now I have to get divorce!”

“What you doing all night?  Where have you been?”

“You don’t lie me!  I call Hugo ten times and nobody answer.  Then I talk to that girl and she says you guys not there.”

“Now hold your horses, baby!  You just let me explain…”

“What?  You tell me another one of bullshit story?”

“Odie out all night?”

“What happen?  You didn’t get cop trouble, did you?”

“What?  Almost trouble?  You crazy!  You go to jail again, and we have to sell house!”

“How come you smell like smoke?  Are you smoking?”

“Well, after the tire store blew up, there was this really big fire, and…”

“Snake!  What happen?  Is that why siren going all night?  I’m so worrying about you guys.”

“Probably.  There were a lot of cops.”

“OK – here it is.  We were at Hugo’s, see?  Just like we were supposed to.  And then we decided that, instead of taking a whole bunch of cars to the restaurant, that we’d all pile into Odie’s mini van.  That way everybody could get drunk.”

“You getting drunk?  You said you not getting…”

“No, baby.  I only had three glasses of wine.  And that was, like, by about eight or nine o’clock.  I was totally sober when I drove back.”

“Why you stop telling me what happen?”

“What restaurant?  You don’t go to that owl place again!  Did you?”

“No, baby.  Hooters?  Are you kidding?  Joey and Silvio wouldn’t be caught dead in that place.  At least, not until they start letting gay guys be waiters.  I think they’re, like, boycotting it or something.”

“Some fancy place.  I don’t know what it’s called.  I don’t even remember what kind of place it was.  The menu looked like French or Spanish if a drunk guy was writing it.  I think Joey said it was Catawba or something.”

“I told you.  Odie drove.  The guy just drinks fuckin’ tea.  And then that Marco guy spilled it all over my fuckin’ jacket ’cause Odie sticks the glass right in the way of his hand when he’s reaching for the bread.”

“Some friend of Joey.”

“Yuko is looking for new boyfriend.  Is he good-looking guy?”

“You mean she was there?”

“You drinking with girls?  I knew you out with girls.  Is that’s why you smell like perfume?  You having affair!”

“No, baby.  She was the only chick there.  Ex won’t go anywhere without her.”

“Explore?  What you meaning, ‘Explore’?”

“Not Explore.  Explorer.  That’s what they call him.  It’s a joke.  You know, Marco Polo?  The famous explorer?”

“Of course I know Marco Polo.  You think I’m stupid?  Jesus Christ.  What’s that have to do with girl?”

“Is he crazy?  Yuko doesn’t want another crazy guy.”

“No, he’s just a hardcore.  And this girlfriend of his – they call her ‘Wild’.  No shit.  She doesn’t drink much.  She was just drinking fruit crap all night.  But she gets this crazy idea that we should go to Saks and try on colognes.  Man, Joey and Silvio are in hog heaven when they hear that.  But I figured it would be a good way to try some of that top-shelf shit without borrowing it out of Joey’s bathroom.”

“You trying on perfumes?”

“I thought you were in Saks.  Are you lying…”

“No, we were in Saks.  But then Odie has to go to the bathroom.  So we go out to the mall bathroom and everybody hits it, but Odie stays in there forever.”

“So Odie having geri?  Jesus Christ.”

“Yeah.  Odie having geri.  We’re all sitting out there in the lobby on these cushy sofas.  So we’re getting bored, and then Ex – I mean Marco – he starts telling us these stories.  Man, you wouldn’t believe what this guy’s done.  Holy fuckin’ shit.  This guy actually climbed K2.  Fuck.  And everything in the gorge.  And it’s not bullshit – he knows every fuckin’ climb like he did it yesterday.  Even our bullshit climbs.  And all these places.  Yosemite.  It’s like he fuckin’ grew up there.  Man – Joey’s got some seriously interesting friends.”

“Why don’t you tell me about burglars?”

“I’m getting to that part.  So, anyway, by the time Odie gets out of the can, we’ve totally lost track of time.  Fuck, man – Ex told us about this time…”

“Forget about Explore guy.  What happen…”

“OK.  So like, Saks is closed.  You know – they roll down the metal stuff?  And so we head for the mall doors.  But they’re locked, too.  And we’re starting to think we have to call somebody.  But then Hugo tells us that there’s this access tunnel that the AC people use when they service this mall.  He says it comes out by this tire store next to the mall, and that the doors don’t lock from the inside.  Well, this chick Wild gets all psycho for the chance to go through a tunnel.”

“Stupid!  Why do you always listening to stupid girl?  Jesus Christ.  That’s why you always getting in trouble.”

“Hey – Hugo thought he knew what he was doing, and we believed him.  We figured it was easier than calling somebody.  But anyway, we’re going out this long tunnel, when we hear pounding coming from the doors at the other end.  Well, Joey starts freaking out.  You know Joey.  I think he thought it was that monster from Cloverfield.  And we can’t get back into the fuckin’ mall, because that door locked behind us.  So anyway this Ex guy – man, thank God he was with us.  He starts testing doors off the side of this tunnel, and he finds one open.  So we go through this side tunnel, and we end up in the basement of this tire store.  But we hear voices coming down the tunnel toward the store, so we all hide behind shit in this dirty basement.”

“You got it.  Fuckin’ burglars.  So we’re hiding in these big stacks of new tires, and we can hear these guys making all this racket.  Oh, man – Joey was so scared I thought he was gonna have a fuckin’ heart attack.  Man, if Silvio wasn’t there, he would have started crying or something.  It was some scary ass shit.  And that Wild chick?  Man – she was cool as a cucumber.  When these guys go upstairs, she fuckin’ gets out from behind shit and follows them up the stairs to see what they’re up to.  Then she sneaks back down and talks to Ex.  They grabbed us and said we should split back out the tunnel.  So that’s what we did.  They got us out, man.”

“Well, not quite.  When we finally get to the outside doors and open them up, there’s five goddamn cops pointing guns at us.”

“No.  We’re just witnesses.  Joey and Silvio start crying and thanking these cops, and telling them how horrible it was.  I think the cops figured out pretty quick what was going on.  And one of the cops recognizes Ex.  Turns out they knew each other from some rescue thing.  So Ex tells them everything.  That was good.  I was getting kind of nervous about the guns.”

“And police letting you go?”

“Well, almost.  They were about to get us out of there, when the fuckin’ tire store explodes.”

“It was those dumb-ass burglars.  They did something stupid – the cops aren’t quite sure what it was, and the dudes aren’t talking.  Ex thinks that one of their guns went off and hit a tank of some flammable crap.  But all of a sudden there’s this explosion that blows out windows in this tire place.  One dude comes running out the front like he thought his ass was on fire.  And two more of ’em come running out the tunnel entrance.  Right into the cops, just like us.”

“So did the place burn down?”

“Pretty much.  I mean, the building is there, but there’s black rubbery crap and soot everywhere.  The whole area smelled like smoke.  But not like old, stinky tires.  Like nice new ones.  It smelled damn good.  Every once in a while it smelled evil, but if you just took a deeper breath, it smelled great.”

“Yeah.  After the cops were through with us, Odie drove us back to Hugo’s place.  That Saffron chick was pretty worried about Hugo.  We hung out for a bit more, while Hugo told her what happened.  It was kind of exciting, you know?  After that, we all headed home.”

“Well, either that, or I went to a party with the guys and stole a few shots of Bulgari Black.” 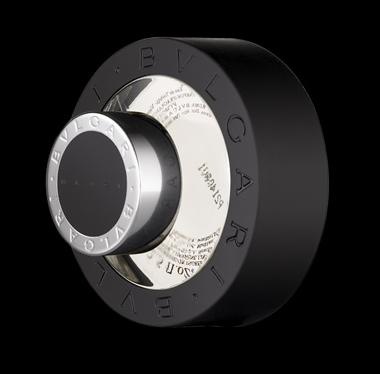