No War for Old Gentlemen

The following story, a “re-review” of Givenchy Gentleman, is based on top-secret files at Scentral Command.  These files were just de-“class”-ified. 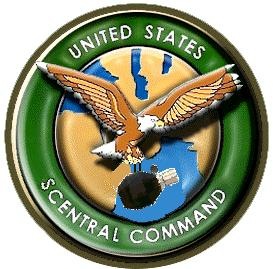 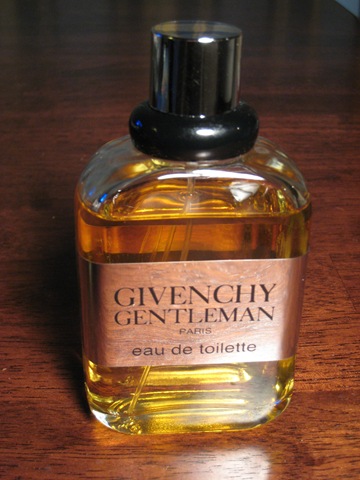 “Sir – I simply don’t understand why we don’t send General Gent somewhere where he can’t get into trouble.  Sir.”

“Colonel – I know exactly how you feel.  But perfume wars are a balance.  You know what they say – perfume war is old fragrances talking, and young fragrances dying.  We have to have some respect for the old classics.  The survivors.”

“But, sir.  It would be one thing if General Gent would just hang around the park, telling the old war stories, and bragging about how many guys he helped get laid back in the ’70’s.  But this is a different era.  When he shows up in public in camouflage – well, sir, it scares the shit out of people.  And that’s not all.  At least, not this time.”

“What?  Are there casualties?”

“Not just that, sir.  He gave the office gossip a flesh wound.  At close quarters.  And he took a hostage.  The guy was forced to stay in a cubicle for an entire day.”

“Yes, sir.  General Gent wouldn’t let him leave.  And then the General snuck him out of the building, and forced him to drive them both to the guy’s house.”

“The redneck perfume critic?  Crap.  See?  What did I tell you?  This is exactly what happens when hicks start messing around with ‘Crave’.  Next thing you know, they’re sneaking a retired Romeo out of the rest home.”

“Sir, we’ve got to put a stop to this nonsense now.  If Gent forces the hostage to go out in public on a Friday night….  Well, sir, it could be worse than the Cloverfield incident.”

“You’re right.  We need to call in some special forces to deal with this before it becomes unmanageable.  And I’ve got just the guy to do it.”

“Listen, General.  I know we had a swell time today.  In fact, the look on that chick’s face was priceless….”

“You should have seen me with my shirt unbuttoned to my navel!  Those were the days!  Did I tell you about the time I had three girls in the back of…”

“Yeah, you told me about that one.  Listen, General.  Do you mind if I take a crap?  It’s one thing, following me into the john at work, but this is my own throne room, so to speak.  There’s just some things that a guy likes to do in private.  Ya know?”

“OK, dude.  How about if you just turn around and look the other way?  You can tell me about all the hot chicks.  I don’t mind that part.  Just stop lookin’ at me that way.”

“You see, back then you didn’t have to be a rock star to wear long hair.  The ladies used to run their fingers…”

“Sorry about that, General.  You’ll be sleeping for a while.”

“Holy shit!  Thanks for gettin’ me out of that one, whoever the hell you are.  Man, the old fart just dropped like a rock!  What the hell is that shit?”

“I think we’ve met.  Pleased to meet you again.  I hope the old buzzard isn’t hurt.”

“No, he’s just unconscious.  We’ll get him back where he belongs.”

“Well, I’m grateful.  I’ve gotta go pick up some barbeque tonight, and out-fragging the barbeque is a serious faux pas.  Plus, the idea that I would smell better after my trip to the can was pretty depressing – although intriguing in an indolic sort of way.”

“Well, we’re not done.  They don’t call us ‘cleaners’ for nothing.  You need to sponge down with a good hot rag.  Both pits, and that area where you gave yourself a body shot.”

“Boy, that was a mistake.  Thanks, dude.  Ya know, I like the old guy, but it’s easy to forget just how strong he is.”

“Exactly.  Modern fragrances are subdued.  We walk softly and carry a big stick – behind our backs.  The general – well, back in his day, it was different.  He had a big stick, and he wasn’t afraid to whip it out.”

“Yeah, and the ladies didn’t mind getting their fannies goosed with it in public, either.  God, those were the days.  Back when looking like Burt Reynolds was a good thing, and ’80’s hair was only in science fiction movies.”

“Have you ever met the General’s son?”

“OK – we’re done here.  We’ll finish off with a light misting and half a shot under the shirt.”

“Good work.  We knew we could count on you.”

“Glad to be of service.  May I ask how General Gent is doing?”

“Back in the drawer.  He’s the life of the party – telling the President some tall tale about getting it on in an elevator.”

“Don’t mention it.  I almost busted a gut when I read about him streaking that cafeteria.”

“Absolutely.  The floor is yours.”

“Old habits.  You know how it is.  I fell in love back in special ops.  Anyway, take a look at the cover.”

“It’s Beth Rodden.  And 5.14 is a climbing rating.  A very hard rating.  Almost impossibly hard.  In fact, she may have just done the hardest traditional climb in America.”

“Sir – the future is ‘light’ power.  Perfume wars won’t be won with tanks and carriers.  They’ll be won with precision.  With minimalism on all the stuff that doesn’t count, and sheer determination on the stuff that does.  The side which demands that its knuckle-dragging players lug around heavy weapons is going to lose.  The side which puts cutting-edge tech in the hands of technically competent chicks and scrawny guys is going to win.  Heavy weaponry – boilerplate support code – 17 mpg – steroidal biceps – the Wall of Patchouli – it’s all going to die.  It’s headed for the Smithsonian.  This is the future.”

“Get Scentral Intelligence on the phone – now!  Ms. Addict had the answer – she just didn’t know it.”

“We’re not gonna take out that ‘Explorer’ hotshot.  We’re getting him on the team.  And I’m not stopping there.”

“No.  Women!  Women, gays, and wiry guys with chin hair instead of chest hair.”

“Hang onto your testicles, men.  We’re putting guns in the hands of light fragrances!” 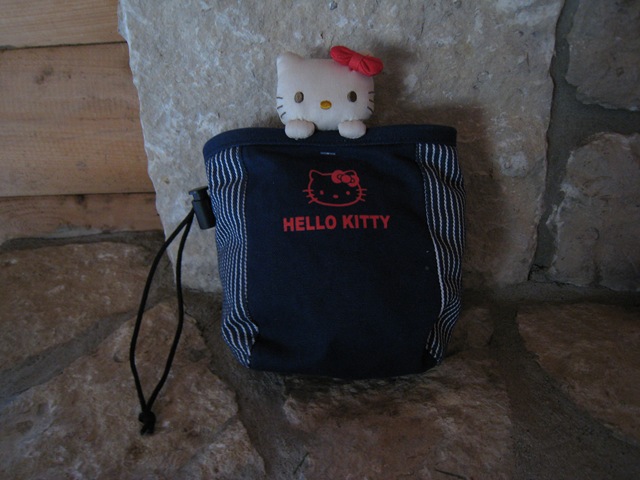 Exhibit A:  Hello Kitty chalk bag.  Proof that the future of climbing belongs to chicks.  That, and Beth Rodden’s Yosemite redpoint of 5.14 trad.