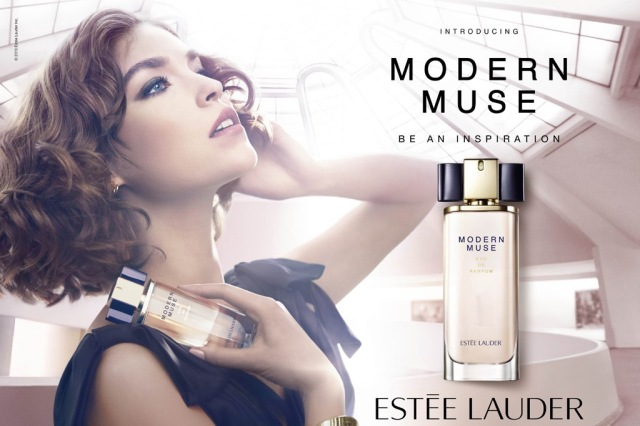 File this under impressive feminines.  The one fragrance I really wanted to buy today, was the one which was not for sale.  But at least I got to smell it.  And it’s coming.  Probably like a tsunami, but it’s coming.

Background on this one is HERE.

I was in Von Maur, having a wonderful conversation with the lady behind the counter in the men’s area, when she mentioned the new fragrance she was wearing, of which she had only a single, large, nearly-full tester.  Had we not gotten curious about the perfumer, whose name was on the tip of her tongue, we probably would never have walked over to get her notebook and I would not have smelled this one, sitting out for all to try.  Somebody once said something about “Never lose a holy curiosity.”  I don’t think it was my personal revered cleric of science (Feynman), but whoever the guy was (j/k), he sure was right.

If I had to describe this fragrance in terms of others, it would be Chanel no. 5 Eau Première Sport Cologne Extreme EDP Intense.  That probably doesn’t make sense, but I’ll explain.

I’m a fan of clean, clear, transparent, jasmine-prominent feminines, and this is definitely that.  What’s interesting here is the degree of clarity.  I love Eau Première’s clear but fairly aggressive jasmine, which rides prominently on some great citrus clouds over a sandalwood forest, to channel its mother’s old-school beauty in a fresh format.  Allow me to digress a few heretical words – Eau Première is pure genius, and possibly a better fragrance than mom.   Scandalous, I know, but think about it.  Where did Olivier Polge get HIS genius?  Had to come from somewhere.

Well, Modern Muse has no significant mama baggage other than arbitrary house homage, so it’s free to be more subtle, and thus losing EP‘s requisite no. 5 hooks.  But despite the lack of overt power which those memorable hooks provide, this one has a certain under-the-radar oomph that really makes you notice it anyway.  The male scents that have a similar quality are (1) accountant’s dream scent Acqua di Giò Pour Homme, and (2) my personal favorite citrus sleeper, Caron Yuzu Man.  Both of these seem to sneak up on you.  Modern Muse does, too, albeit in a coolly feminine way.

So if you took Eau Première and made is more subtle and clear on the florals, and then amped it back up by some magical incantation, you would have something approaching Modern Muse.

I find Modern Muse somewhat stereotypically Estée Lauder – meaning clean to the point of – well – never leaving the bathroom.  Perhaps I’m prejudiced by having worn Pleasures for Men on my wife’s orders, until I rebelled against it, becoming a true fragrance buccaneer, sworn to stiffer stuff.  Perhaps it’s because Estée Lauder simply doesn’t do “grungy”.  Whatever the reason, one does not expect skanky-girl from Estée, and this one affirms the expectation.

And yet, thanks to that nice underside of jasmine, and the slyly feminine woody parts, there is something – well – modern about the scent – as in modern gal.  Meaning NOT prissy.  You know what I’m saying?  Like this woman can probably kick your ass on a soccer field, unless you’re a troglodyte goon and you foul the hell out of her because you weigh twice as much, at which point she just does some kind of James Bond thing on you and drives off in your car.  But without being even slightly unfeminine about it.  You know what I’m saying?  Modern gal.

Can a guy wear Modern Muse?  My friend at Von Maur certainly thinks so, and I sure wouldn’t mind giving it a try.  But I really think this one is more for the wife.  It seems right up her alley.

Supposedly they chose the model for the scent – the stunning Arizona Muse – without knowing that was her name.  Some kind of cosmic coincidence.

Do I believe it?

Look – I have no idea.  It certainly makes a nice story.  But does anybody really believe anything anymore?  As far as I’m concerned, if it’s anything other than a mathematical certainty, I’ll let Matt Drudge make the final call.

But I gotta say.  This fragrance certainly makes me want to believe.

I found myself catching strong blasts of Modern Muse coming out of nowhere and vanishing into thin air, an instant later.  It’s the olfactory equivalent of those visual magic moments when a woman looks her absolute finest as she moves this way or turns that way, and your mind snaps a picture that hangs there forever.

A modern muse?  Yeah.  Kinda like that.  I think I know what those Greeks were talking about.

The nine Muses. The tenth muse, Estée, and her sidekicks Karyn and Arizona, are off clinking glasses with Harry Fremont somewhere in Museland.

PS – the word is, this stuff gets beaucoup compliments.  THAT I am not doubting.